A growing concern for American workers is whether they will earn a living that keeps them from going under. Housing costs are rising and wages fail to rise with inflation. In an article on Alternet, Robert Reich argues that workers are taking on the risk of the “gig” economy while investors continue leveraging their advantage over labor.

Reich argues that today’s economy is very different than the economy of just a few decades past and it shows no signs over slowing down.

On demand and on call – in the “share” economy, the “gig” economy, or, more prosaically, the “irregular” economy – the result is the same: no predictable earnings or hours.

It’s the biggest change in the American workforce in over a century, and it’s happening at lightening speed. It’s estiamted that in five years over 40 percent of the American labor force will have uncertain work; in a decade, most of us.

The concern with an on-demand workforce is that more and more, employees are not being viewed by the corporations that employ them as part of the organization. Instead, these workers are seen as easily expendable cogs in the machine. They are easily replaced and discarded by the investors and managers in pursuit of increasing profits.

According to Reich, this creates a system of instability. Any misfortune can knock an employee in this economy on their back, unable to earn a wage and pay the bills.

So what can be done? One theory is to provide a basic income to Americans or develop a system of income insurance. When an individual’s income falls below a set level, the insurance kicks in to provide some stability and keep them from sinking. 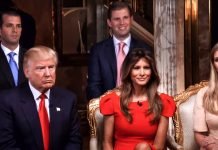 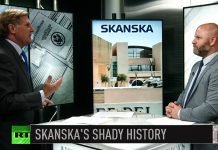