It has been more than 60 years since the Supreme Court decided in Brown v. Board of Education that it is illegal to segregate schools. Sadly, schools have been not-so-slowly re-segregating themselves over the last 50 years.

Behind the decline in racially integrated schools is a series of court decisions. In 1974, in a case known as Milliken v. Bradley, the Supreme Court decided that it would limit the ways schools could integrate themselves. In 1991, the Court ruled that schools that had to comply with desegregation orders would be returned to local control. Then finally in 2007, the Court, under Chief Justice John Roberts, decided that racial diversity was not a compelling reason to determine if a child should be allowed to attend a school.

We would like to tell ourselves that we have overcome many of the prejudices and biases of the past, but the facts just don’t offer us that comfort. 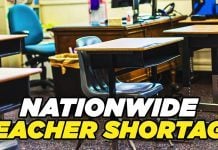