One of the primary beneficiaries of the infamous Wall Street Bailout of October 2008 was an insurance company known as American International Group, or AIG. This Wall Street firm got the biggest federal bailout in US history, and its executives were barely held accountable for the massive economic damage resulting from their actions.

That’s not enough for AIG. They’ve managed to wheedle out of their own obligations to We the People – and want us to cough up another $40 billion for their troubles.

The Financial Crisis of 2007-08, also known as the “Global Financial Crisis,” has gone down in history alongside the Stock Market Crash of October 1929 and the Great Depression that came in its wake. Details between the two histories differ, but they are basically variations on a single theme: Wall Street running wild and Capitalism out of control, driven by the psychopathic greed of the 1%.

However, the federal government handled the two crises in very different ways. When President Franklin Roosevelt took office in 1933, he proposed a “New Deal” for America. It was a massive array of programs and government agencies charged with helping Wall Street’s victims: the vast majority of working-class Americans who had lost so much. Many students of history and economics, including Thom Hartmann, credit the New Deal with having provided the foundation for the growth of the modern American middle class following the Second World War.

In 2008, the Bush Administration came up with its own “New Deal” – only this time, it was for the benefit of the same Wall Street firms that caused the crisis. Instead of bailing out the people, our government bailed out Wall Street. Furthermore, it was the We The People who were expected to foot the bill.

AIG sold insurance policies to the same investment banks involved in securities backed by subprime mortgages. These “insurance policies” had names like “credit default swaps” (CDS) and “collateralized debt obligations” (CDO). They’re basically Wall Street versions of Las Vegas casino gambling and pyramid schemes. A CDS is an insurance policy that covers a lender in the event a debtor defaults, while a CDO is a type of asset-backed security. Those assets can take the form of mortgages on homes and buildings.

Home values took a nosedive in 2007, and the outcome was inevitable. By the time those pigeons came home to roost the following year, AIG had polices out on over $440 billion worth of these securities.   AIG, like other Wall Street firms, was on the verge of collapse. In October, despite massive protests to not save AIG, Congress and the Bush Administration decided to cave in to Wall Street’s threats of being “Too Big to Fail” and passed the “Emergency Economic Stabilization  Act of 2008.” It was a $700 billion “New Deal” for Wall Street.

It worked well, especially for AIG, which received $85 billion of the bailout. In AIG’s case, there was a slight catch: the US Treasury Department demanded ownership of nearly 80% of AIG stock, as well as the right to suspend dividend payments on stock issued prior to the bailout. Ultimately, the taxpayers’ price tag for AIG’s bailout came to $180 billion – representing the largest taxpayer-funded bailout of a private company in US history. That bailout helped AIG so effectively that within six months of the financial collapse, the company was able to pay out hundreds of millions of dollars in executive bonuses!

As if that alone did not represent the height of hubris, the company’s former CEO, Maurice Greenberg, subsequently filed a lawsuit against the federal government on behalf of company shareholders. According to the complaint, the Treasury Department exceeded its authority in demanding 80% ownership in AIG. On top of that, the plaintiff sought $40 billion in damages.

Considering the company’s recent history and behavior, simply filing such a lawsuit is the very definition of chutzpah. One would think that any competent judge would throw the case out.

One would be wrong. Judge Thomas Wheeler of the US Court of Federal Claims ruled that We the People, as taxpayers, have no right to any ownership in AIG – despite the fact that we’re the ones who saved their asses! To his credit, Judge Wheeler denied their monetary claim – because, in the end, AIG shareholders didn’t really lose anything. In his ruling, Judge Wheeler wrote: “The inescapable conclusion is that [without the bailout], A.I.G. would have filed for bankruptcy…the value of the shareholders’ common stock would have been zero.”

In other words, be damned grateful you got anything at all.

It’s still not enough for AIG. Corporate shareholder Starr International, through which Greenberg filed the original lawsuit, has issued the following statement: “[We] will appeal the ruling that there is no remedy for the government’s illegal conduct, and ask the court of appeals to confirm that the government is not entitled to keep billions of dollars of citizens’ money in its pocket.”

It would be laughable if the Supreme Court – where the case could very well wind up – wasn’t made up of five corporate lickspittles over four thoughtful, dedicated jurists.

On the other hand, the SCOTUS has recently ruled against gerrymandering and upheld the right of same-sex couples to marry. Given the strange times in which we live, anything could happen. 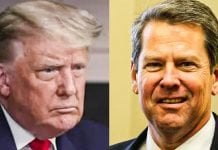