Apparently “The Donald” is not quite as bright as he would have us think.  A group of college students are the latest to point out the obvious as they pranked the Republican presidential candidate with a phony endorsement in the Harvard Crimson student newspaper last week.

The co-eds ran a photo of Trump alongside a faux editorial entitled “Crimson Endorses Trump For President.”  If the joke wasn’t clear enough from the title, it should have been when the article went on to praise Trump’s efforts to “reach out to celebrities who have been inactive or troubled and help them to redefine their career,” an apparent nod to his time on Celebrity Apprentice.

Although most readers of the Crimson were sure to appreciate the hoax immediately, the Trump campaign needs more time than most.  It wasn’t until the campaign was informed by Crimson president Stephen Lee that the paper does not endorse candidates so early in the race that Trump and crew realized the joke was on them.

The Trump campaign, as it is accustomed, quickly turned to denigration and name calling in a statement to The Hill. “The students who perpetrated this are fraudsters and liars.”  Unfortunately, the country has wasted more than a few minutes on Mr. Trump, but it’s only a matter of time until America tells him, “You’re Fired.” 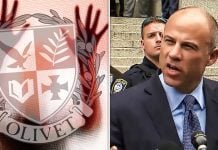 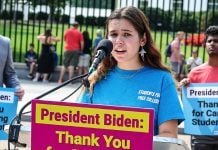