Did you have any idea that our first President believed that government required God and the Bible in order to function? And are you familiar with the following quote from President Ronald Reagan? “Within the covers of the Bible are the answers for all the problems men face.”  Chances are you haven’t heard of either of these – because they’re both fiction. George Washington is better categorized as a Deist (rather than a traditional Christian), and Reagan never made such a statement about the Bible.

It’s part of a strange indoctrination strategy at a small school district in eastern Texas. On the walls of the school hallways and classrooms are many such alleged “passages” from the Bible and “statements” attributed to prominent figures in American history that all are inaccurate, misquoted, taken out of context, and even made up out of whole cloth. All of this came to light recently because of the Freedom From Religion Foundation (FFRF).

The FFRF wrote a letter demanding that the Mount Vernon Independent School District (MSISD) remove such quotes on grounds that they are in violation of the US Constitution’s Establishment Clause: “Courts have continually held that public school districts may not endorse religious messages, including text taken from the bible. [The] MVISD is a public school district and its schools should not be in the business of advancing Christianity by displaying bible quotes on district property.”

Besides, the quotes are misleading, erroneous, and in many cases, complete fabrication.  According to FFRF attorney Samuel Grover: “The district cannot even fall back on the argument that these quotes have educational merit, given the many examples of misquotes, misattributions, and entirely fraudulent quotes displayed on its walls…The district sets a poor example for its students if it cannot be bothered to fact check the messages it chooses to endorse.”

It goes beyond quotes painted on the walls. According to FFRF co-president Annie Gaylor, it is “religion run amok, targeting a captive audience of young students, including elementary school students,” and includes “religious mottos, symbols, posters, bible verses and Christian T-shirts.” So far, all the school district superintendent has to say is that “we are communicating with our lawyers and are in the process of addressing each of their complaints.”

Sadly, the MVISD is not alone in promoting an “alternate version” of American history. Across the country, efforts are being made to manipulate and suppress curriculum in order to conform to right-wing ideology. Recently, College Board, the “non-profit” company that designs curriculum for advanced placement (AP) US History courses, revised its standards to reflect “American Exceptionalism” and minimize negative aspects of the nation’s historical narrative, such as racism, slavery and the government’s treatment of indigenous peoples. GOP lawmakers across the country are attempting to ban AP US History courses completely on the grounds that they are “too biased.” Last year, the Texas State Board of Education voted to approve US history textbooks in which Moses is depicted as the nation’s “Founding Father,” shoving the right-wing Christianist worldview down school children’s collective throats. Two years ago, a federal circuit court judge upheld an Arizona ban on teaching social studies courses focusing on ethnic minorities.

It’s all part of the right-wing conservative war on democracy. Their ultimate goal: a return to the Middle Ages, when the Church reigned supreme, tyrannical kings ruled by “divine right” and dissent was punished by the “Holy” Inquisition.

Excuse me…wasn’t that a big part of what the original thirteen colonies were trying to get away from?

Watch our commentary on Texas’ war on intelligence: 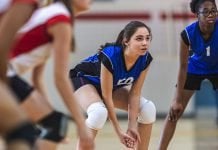 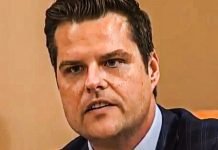