Most people don’t realize it, but the United States military has been involved in show business for some time. It isn’t something the general public is consciously aware of.  However, the issue is starting to get more attention.  A number of documents obtained under the Freedom of Information Act (FOIA) have been published at SpyCulture.com, reminding us of just how intimate Hollywood’s connection with the Pentagon is – as well as the implications of this unholy alliance.

Military involvement in popular entertainment is not a new phenomenon. Propaganda made its way into many feature films during the Second World War, both in Hollywood and the U.K., as well as the Axis countries. Even before and after that time, the War Department (renamed the Department of Defense in 1949) worked with Hollywood studios in the production of war films such as Wings (1927) and From Here To Eternity (1953).

In recent years, particularly in the wake of the 9/11 attacks, the military has taken this to an appalling new level – and their agenda is frightening. We’re not talking about war films like Saving Private Ryan (1998) or television series such as The Pacific (2010) – neither of which glorified warfare, but rather focused on the horror of it and its effects on the men who fight. Instead, military advisers are getting involved in the production of television shows such as American Idol and Extreme Makeover Home Edition. The Pentagon’s involvement extends to the making of feature action films like The Avengers and even satirical comedies such as Veep. And of course, let us not forget all the violent video games that helped train an entire generation in the science of remote combat tactics. The military provides weapons, hardware and even actors for feature films – and We The People are helping to foot the bill, every year on  April 15th.

David Sirota was among the first to openly discuss this issue in recent years. In his 2011 book, Back To Our Future: How The 1980s Explain the World We Live in Now, Sirota identifies Rambo: First Blood Part II as one of the popular films used to promote militarism. Referring to a line from the movie, “Sir, do we get to win this time?”, Sirota writes:

The theory embedded in this refrain is simple: If only meddling politicians and a weak-kneed public had deferred to the Pentagon, then we would have won the conflict in Southeast Asia… the “let them win” idea now defines our modern discussion of war. If only we let the Pentagon’s Rambos do whatever they want with no question or oversight whatsoever, then we can decisively conclude the wars in Iraq and Afghanistan…and we can win the never-ending ‘War on Terror.’”

Sirota also points out that “much of the video game industry was subsidized by the military and military contractors.” In a follow-up article written for the Washington Post  shortly after the release of the book, Sirota noted that “recruitment spiked 400 percent when Top Gun [a 1986 feature film starring Tom Cruise] was released, leading the Navy to set up recruitment tables at theaters.”

It’s been lucrative for Hollywood as well. Top Gun made over $350 million worldwide (the equivalent of over $750 million today). By the time of the first Gulf War, studios were lining up around the block with requests for Pentagon assistance. Screenwriters and directors were told that unless they had the military’s blessing, their projects would be shelved.

Today, the public is weary of U.S. military involvement all over the world. They are getting fed up with having to pay for unnecessary wars as well as the corruption and greed of arms manufacturers and contractors profiting on death. They are getting increasingly angry at politicians who refuse to take care of wounded and disabled veterans. They are horrified at the growing suicide rates among servicemen and the number of veterans living on the streets.

Small wonder that the Pentagon’s image has been tarnished and recruitment rates are down. For the military, it’s starting to look a lot like the post-Vietnam era. The big problem for us is that the Pentagon’s current public relations campaign is being done on the taxpayer’s dime, not Hollywood’s.

The first step toward solving a problem is to recognize that a problem exists and raise public awareness. That’s our job here at The Ring of Fire and other Progressive news outlets. The second step is up to all of us. Contact your legislators and let them know that financing military propaganda through the film industry is an unacceptable use of taxpayer funds – and support Progressive candidates in 2016. 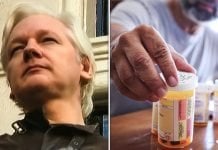 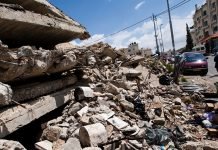