Sometimes, when a corporate “person” uses its size and power to grab as much market share as possible, it can come back to bite it in the ass.  AT&T, one of a small handful of megalithic telecom giants dominating the market, is finding this out the hard way.

It began in 2007 with the eagerly-anticipated release of Apple’s iPhone. It was possibly the greatest revolution in telecommunications since the wireless telegraph – and it was a “must have” for millions.

Seeing the market opportunity, AT&T decided to team up with Apple by offering users “unlimited data plans.” Back in those days, one could get such a plan for just under $60 a month.

Companies like AT&T and Verizon soon found themselves victims of their own success. Customers bought these plans in droves.  In the meantime, demand grew exponentially. Several years ago, people weren’t streaming videos and music. Social media was still in its infancy, and multiplayer online games were not yet available for mobile devices. That all changed relatively quickly. Telecoms soon found their networks were being overwhelmed.  After some time, they stopped offering “unlimited” plans.

There was one slight problem: these telecoms were still bound by their previous agreements. They didn’t have to offer “unlimited” data to new customers. Legally and ethically, however, older customers were still entitled to the benefits of their original plans. In fact, AT&T made a promise to their original customers: provided they continue to use the same device and don’t have to change to a new plan, they could continue to enjoy “unlimited” data transfer.

In 2011, AT&T decided to implement a “Maximum Bit Rate” policy. Once a customer with an “unlimited plan” had exceeded 5 GB a month, the speed of data transfer was slowed to a crawl – a practice known as “throttling.”

Apparently, AT&T had its own definition of “unlimited data.” Furthermore, customers were not clearly informed about this new policy. Suddenly, complaints began flooding the FCC from customers claiming their data speeds had been slowed – despite the company’s statements in its advertising. This was happening to customers using no more than 2 GB a month – and in some cases, speeds were reduced by a whopping 95%.

It turned out that AT&T was doing this even when the network wasn’t “congested” (contrary to the company’s stated policy). Furthermore, customers wanting to jump ship were looking at some mighty big fees.

The FCC has now charged AT&T with violation of the 2010 Open Internet Transparency Rule. That regulation is the only provision of an earlier attempt at Net Neutrality that was left standing after judges at a U.S. appellate court struck down the bulk of the law. The earlier regulation allows the FCC to regulate the ways in which broadband providers treat Internet traffic. Current (2015) rules are still under attack by the big telecoms.

AT&T is not the only offender in this regard. Sprint also promised unlimited data with its “My Way” plan for as long as the customer maintained the service. However, the “fine print” in the contract also says that it can “manage” the network by slowing speeds for customers using more than 5 GB a month. T-Mobile also denies “throttling” its unlimited customers…but again, there’s that fine print.

AT&T, which is facing a $100 million fine, argues that it has been too expensive and difficult to upgrade and expand the network in order to keep up with rising demand.  But that’s not the point. AT&T made certain commitments, decided to change the rules – and according to the FCC, misled customers. Current FCC chairperson Edith Ramirez laid it on the line: “AT&T promised its customers ‘unlimited’ data… ‘unlimited’ means unlimited.”

Along with Verizon and T-Mobile, AT&T is trying to rein in unlimited customers and move them to limited plans. Good luck on that. Forty-four percent of AT&T customers are still getting a great deal under plans they signed up for years ago – and understandably, they’re not willing to give it up. 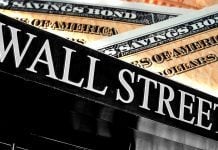