The Roman Catholic Church Archdiocese of St. Paul Minneapolis faces criminal charges for its poor handling of a priest who molested children. According to the prosecutor in the case, the church simply “turned a blind eye” to the issue.

The Ramsey County prosecutor’s office filed six counts of failure to protect children against the church.

Rev. Curtis Wehmeyer was sentenced to time in prison for molesting two boys while with the church. The charges allege that the church allowed too much time to pass before it confronted Wehmeyer and when it contacted police. According to the attorneys, this delay gave Wehmeyer time to destroy evidence.

“It is not only Curtis Wehmeyer who is criminally responsible for the harm caused, but it is the archdiocese as well,” Ramsey County Attorney John Choi said, reported the Huffington Post.

It is currently unknown whether any individuals from the archdiocese will face charges. 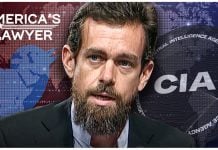