With pregnancy often come feelings of wonder, excitement, and possible nausea. Some mothers-to-be who are experiencing nausea and vomiting during their first trimester are being prescribed Zofran (ondanestron), a prescription drug used for nausea and vomiting in patients undergoing surgery or cancer treatments.

Many studies are now pointing to the distinct risk of birth defects, such as cardiac septum defect, in pregnancies that include a Zofran prescription. For many, this is viewed as quite inexcusable as Zofran is not even FDA approved to be prescribed for use in pregnancy. The drug manufacturer, GlaxoSmithKline, is now on the chopping block for aggressively marketing Zofran to be used for morning sickness and other pregnancy-related nausea and vomiting, even bribing doctors with money and gifts.

A study conducted in 2014 titled “Use of Ondanesetron During Pregnancy and Congenital Malformations in the Infant” cites results that found using Zofran during the first trimester more than doubled the risk of the child developing a cleft palate.  Many other studies point to the link between Zofran and birth defects, meriting further investigation and caution.

The 2014 study, which used data from the Swedish Medical Birth Register, conducted research on 1349 infants born between 1998 and 2012 to women who were prescribed ondanestron in early pregnancy. The study states, “the risks for a cardiovascular defect and notably a cardiac septum defect were increased and statistically significant.”

GlaxoSmithKline previously coughed up a $1.2 billion settlement with the U.S. Justice Department for failure to report safety data and fraud with some of their other pharmaceutical drugs.

Attorney Wesley Bowden, with Levin Papantonio, noted: “while the likelihood of the correlation between Zofran and birth defects and complications is not yet confirmed, the evidence is frightening.” Add to that the drug manufacturer’s history in the courtroom, and one could be convinced the legal consequences for this drug are far from over. 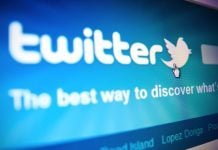