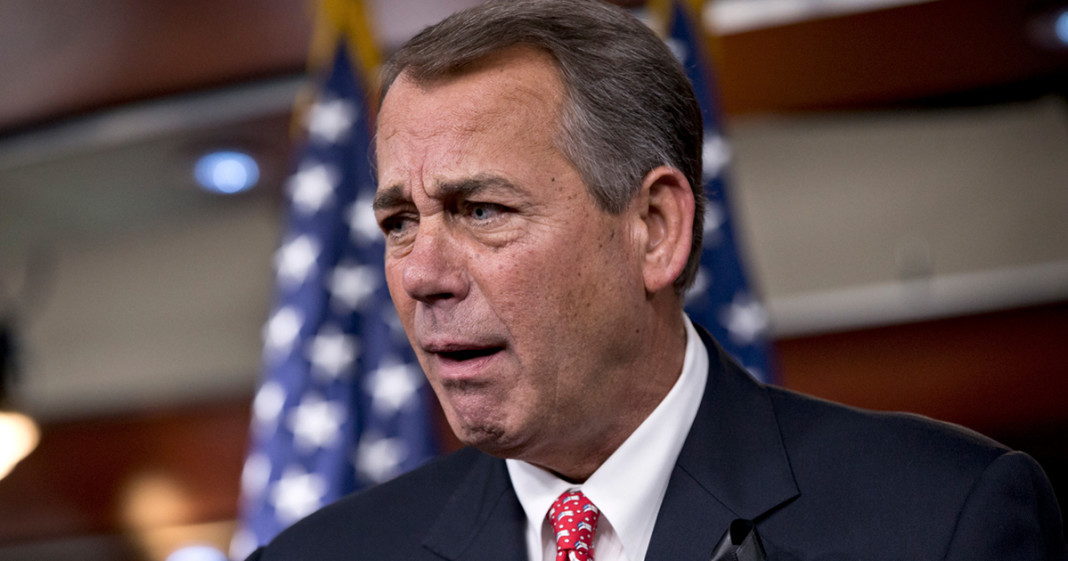 This segment originally aired on the July 6th, 2014 episode of Ring of Fire on Free Speech TV.

The Republican-controlled House recently passed a massive a bill that not only guts the Dodd Frank bill, but also includes massive giveaways to the Koch brothers. On top of that, John Boehner has decided to sue President Obama for allegedly failing to do his job. The House has clearly lost its collective mind.

Listen to Ring of Fire on Mondays-Saturdays from 3pm-6pm Eastern! Listen live via the Progressive Voices Channel on TuneIn. Or find a station here.