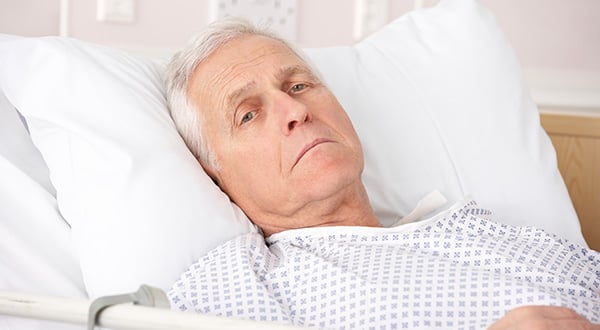 The Levin, Papantonio law firm has filed a Benicar lawsuit on behalf of a Texas man after he developed a rare gastrointestinal disease known as sprue-like enteropathy after using the popular blood pressure medication Benicar (Olmesartan medoxomil). Additionally, several other users of Benicar have also considered filing a Benicar lawsuit against Benicar’s manufacturer, Daiichi Sankyo, after developing sprue-like enteropathy.

The rare condition causes severe gastrointestinal symptoms, including chronic diarrhea and rapid weight loss, and is often misdiagnosed as Celiac disease, an adverse health condition that occurs when the body cannot process gluten.

“Because both sprue-like enteropathy and Celiac disease cause similar gastrointestinal issues, sprue-like enteropathy is often mistaken for Celiac disease, and sometimes a patient can go a considerable amount of time without receiving the correct diagnosis and treatment,” commented Daniel Nigh, a Benicar lawyer with the Levin, Papantonio law firm. “Because of a delay in receiving proper treatment, a patient’s health can be significantly affected.”

The Benicar lawsuit filed with Levin, Papantonio comes after a study recently published by the Mayo Clinic that links Benicar use to the development of sprue-like enteropathy.

Dr. Joseph Murray, a gastroenterologist with the Mayo Clinic, was the first to discover the link between Benicar use and the rare sprue-like enteropathy condition. Murray’s three-year study observed 22 patients that used Benicar who were experiencing gastrointestinal symptoms commonly associated with Celiac disease. Of the 22 patients, 14 had symptoms so severe that hospitalization was required.

Additionally, the patients did not respond to a gluten-free diet, a common form of treatment to relieve Celiac disease symptoms, and tested negative for Celiac disease with a tissue transglutaminase test of the blood.

However, after discontinuing the use of Benicar, all 22 patients in Dr. Murray’s study felt relief of the gastrointestinal symptoms they were previously experiencing, as well as significant weight gain.

Based on the study’s observations, Dr. Murray concluded that there was a link between the use of Benicar and sprue-like enteropathy, and his report has since been published online in the Mayo Clinic Proceedings. In July 2013, The U.S. Food and Drug Administration (FDA) also approved a label change for Benicar to add a warning for the increased risks of sprue-like enteropathy to the drug’s label.

Benicar has been prescribed to help lower high blood pressure in patients by helping the blood vessels in the body to widen and  preventing constriction of the vessels. Benicar is currently available on the market in two tablet forms: Benicar (olmesartan medoxomil) and Benicar HCT (olmesartan medoxomil and hydrochlorothiazide). Both Benicar and Benicar HCT have been widely prescribed by doctors since their approval by the FDA in 2002 and 2003, with 10.6 million prescriptions written for Benicar in the year 2012 alone.