Government officials are hard at work representing their corporate sponsors. Senator James Inhofe (R-OK) said last week during an Environment and Public Works Committee meeting, that he believes MoveOn.org, Michael Moore, and George Soros, along with Al Gore and the United Nations, are responsible for creating one of the greatest hoaxes in American history: climate change.

During the meeting regarding President Obama’s nomination of Gina McCarthy to head the EPA, Senator Bernie Sanders (I-VT) said that the real issue is not Obama’s nominee, but whether or not we should be acting aggressively to address climate change:

“Do we agree with Sen. Inhofe that global warming is a hoax and that we do not want the federal government, the EPA, the Department of Energy to address that issue?… Or do we believe and agree with the overwhelming majority of scientists who tell us that global warming is the most serious planetary crisis that we face, and that we must act boldly and aggressively to protect the future of this planet?”

Sen. Sanders berated climate change deniers, Senators Inhofe and John Barrasso (R-WY), and asked the committee if they and the nation would choose to listen to leading scientists “who are telling us that global warming is the most serious planetary crisis that we and the global community face, and whether we are going to address that crisis in a serious manner.”

In response to Sanders’s assertion that his fellow Senator believes that climate change is a hoax “pushed by people like Al Gore, the United Nations, and the Hollywood elite,” Inhofe responded, “Yes; I’d add to that list, MoveOn.org, Michael Moore, and a few others.”

Inhofe’s position is not at all surprising, given his list of top contributors, which includes: Koch Industries, Murray Energy, and ConocoPhillips, among others. During his career, Inhofe has received over a million dollars in contributions from the Oil & Gas industry, and has said he is proud to be a climate change denier and obstructionist, even though the majority of scientists agree that climate change is real. 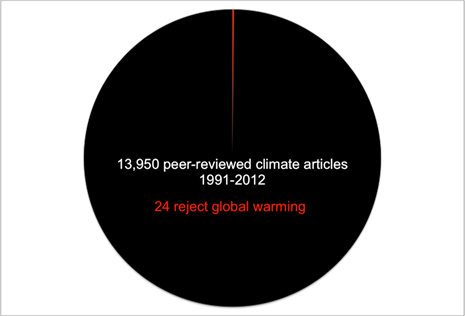 So, conservative ideologue billionaires, corporations, and the Oil & Gas industry continue to fund and propagate climate change science denial even while we continue to see new evidence of extreme global weather changes every year. Despite all of the evidence, climate change science denial continues, simply because these billionaires and corporations are making too much money to be concerned with such trifling issues as the future of our planet.

Alisha Mims is a writer and researcher for Ring of Fire.