The final round of negotiations prior to the Copenhagen Climate Summit kicked off Monday in Barcelona, Spain.  Delegates from around the world will meet for the next five days in an attempt to find common ground on multiple areas of disagreement before convening in Denmark this December to try to forge a legally binding international agreement.
Groggy delegates and conference observers were welcomed by a cacophony of 1,000 ringing alarm clocks piercing the morning air in front of the Fira Gran Via conference hall, courtesy of climate action campaigners TckTckTck.  The chattering alarm clocks served as a literal “wake-up call” to the climate negotiators and observers attending the conference, many of whom veered off the path to the front door in order to snap pictures and watch the TckTckTck and 350.org activists pose for the media cameras.

The opening ceremonies featured speeches from Barcelona Mayor Jordi Hereu, Spanish Vice President María Teresa Fernández de la Vega, Danish Climate and Energy Minister Connie Hedegaard, and U.N. climate chief Yvo de Boer.  All discussed the need for industrialized and developing nations to put aside differences in order to forge an international agreement. Much is riding on this week’s talks, as negotiators left a significant amount of work undone at the conclusion of the prior session in Bangkok.

While there was “increasing convergence” on some issues during the Bangkok round, de Boer warned the negotiators that the few moments left to reach agreement on major areas of contention prior to Copenhagen “need to be used wisely.”

Reporters barraged de Boer with questions about the prospects for success in Copenhagen since the U.S. Senate will not likely pass the Kerry-Boxer climate and energy legislation before the summit ends next month. Until the bill reaches Obama’s desk, few international observers believe the U.S. will have the necessary political will to agree on specific emissions-reduction targets at the international level.

The success or failure of reaching a legally binding international agreement in Copenhagen next month rests squarely on the United States. As the world’s second-largest emitter of greenhouse gases (behind China), the U.S. is infamous for its failure to join the global community to address climate change. The U.S. Senate refused to take up the ratification of the Kyoto Protocol after President Clinton signed the agreement in 1997. The fact that the current Senate is unlikely to commit to domestic emissions reductions in time for Copenhagen puts the U.S. in an especially hot seat now.

Yvo de Boer noted that developing countries, including China, India, Mexico, Brazil, and South Korea, are moving much faster than industrialized nations to address climate change. “China is probably the world leader in limiting greenhouse-gas emissions,” de Boer said, in what many perceived as a direct criticism of the U.S.

Negotiators this week “have only 5 days to set the tone for success,” de Boer noted, adding that the necessity of forging an international agreement “requires a level of ambition commensurate with the scale of the problem.”

“Copenhagen must open the door to the common good and close the door to a common disaster,” de Boer said.

Danish Minister for Climate and Energy Connie Hedegaard echoed de Boer’s sentiments, asking rhetorically whether anyone believes “it will be any easier next year or the year after” when tempted by the “why not wait for the U.S. to act” excuse to delay international negotiations.

“Copenhagen is the place where we must deliver,” Hedegaard said.

Negotiators are calling on Washington to get its act together in time to deliver specific commitments to reduce carbon emissions and contribute significant funding to help poor countries deal with effects of climate change.

“We expect the United States to be able to deliver on one of the major challenges of our century,” said the Danish Environment Minister Connie Hedegaard, who will chair the Copenhagen summit.

“The clock has almost ticked down to zero,” noted de Boer.

Whether the U.S. delegation will come to the table in Copenhagen with specific commitments to match the lofty but hollow rhetoric it has produced so far remains to be seen. 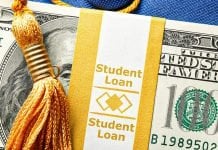 Stop Blaming The Borrowers For The Student Loan Debt Crisis 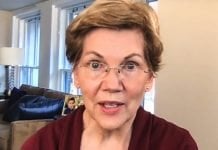 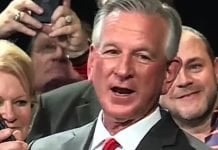